Home Recent Insulin: Do You Know Really What It Is? 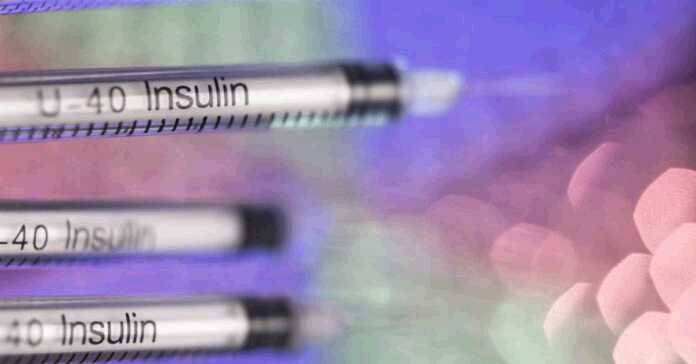 Many diabetics require insulin injections to help keep their blood sugar under control. This is an effective medication that helps people live longer, healthier lives.

But, do you really understand insulin and how it’s made?

Insulin is a hormone produced in the pancreas. It is released by beta cells within the pancreas on an as-needed basis to help the rest of the body’s cells absorb sugar in the blood. Insulin attaches to the cell’s insulin receptor and opens the glucose channel to allow glucose to enter the cell. If you have extra sugar in your bloodstream, insulin also triggers the liver to store some of it as glycogen for the future. Up to 5% of the liver’s mass can be stored glycogen. 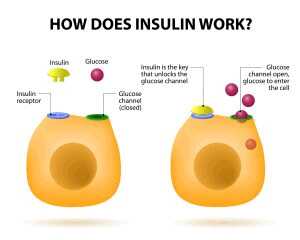 Later, when your glucose levels drop such as during sleep, the pancreas releases a different hormone called, glucagon. This hormone triggers the liver to convert the stored glycogen into glucose and release it back into the bloodstream.

Back To the Insulin…

When the liver has reached maximum capacity, and you still have extra sugar floating through your veins, insulin will signal fat cells to start absorbing it. These fat cells turn the sugar into triglycerides, a type of fat. When you are low on energy later, the same glucagon that triggered the release of stored sugar will also trigger set loose the triglycerides.

Where Does Prescription Insulin Come From?

When it was first discovered that insulin could be used to control blood sugar levels, the only available source was from animals. Yes, until about the 1980s, diabetics were injecting insulin from pigs and cows. It’s still available in some places for those who prefer animal-derived insulin. However, these days we use synthetic insulin that has been created in a laboratory. Animal insulin must be purified before it is sent out to pharmacies, and there is a risk that some may have an allergic reaction to it.

An Overview of the Pancreas Understanding Insulin and Diabetes. URL Link. Accessed May 16, 2017.

What is Insulin? Important hormone allows your body to use sugar (glucose). URL Link. Accessed May 16, 2017.

Eating a healthy variety of vitamin and mineral rich foods is essential for health and longevity. While this is true of everyone, regardless of their ... Read more

When you start to cook naturally, the flavors sort of come alive. Right? It's true. The more you create meals out of whole ingredients, you ... Read more

Eating a healthy variety of vitamin and mineral rich foods is essential for health and longevity. While this is true of everyone, regardless of their current medical state, the power of nutrition carries more urgency for men and women with diabetes, as a steady stream of dietary mistakes can carry a heavy price tag, including nerve damage, heart attack, and circulatory problems. Although diabetes patients are in no way in the dark about the necessity of eating well, the lure of sugar and junk foods can be extremely strong—and even addicting. Enlisting the help of some specific foods can stem sugar cravings, leading to a healthier, more balanced diet. #1. Fish The fatty acids present in fish help regulate blood sugar, make you feel full longer, and possess a unique flavor profile that combats the heavy sweetness of sugar. Saltwater fish such as salmon and cod are excellent for combating sugar cravings and are particularly helpful when paired with citrus and a side of vegetables. #2. Butter While butter once had a bad rap from the medical community, it is making a comeback for the healthy fats and protein it contains. Butter should still not be consumed in excess, but using butter as a means for cooking vegetables and protein-rich foods can lend an additional kick of healthy fats, resulting in fewer sugar cravings and help you feel full longer. (adsbygoogle = window.adsbygoogle ||