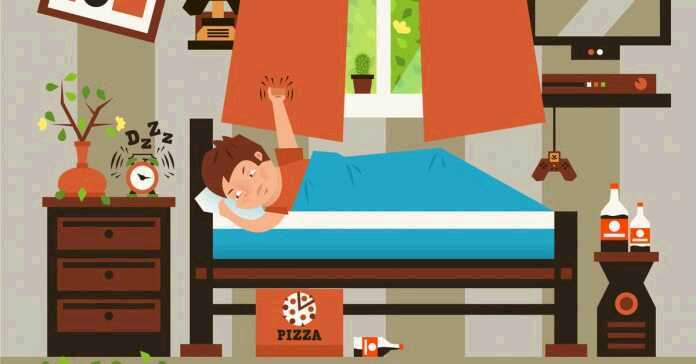 Doctors are always recommending that diabetics pay close attention to their weight and even try to lose some pounds. Doing so helps to keep blood sugar levels stable and can even reverse some of the symptoms of diabetes.

However, those who have a poor sleep or who aren’t getting enough at night may be hurting their diet.

Research released in the December 2016 issue of Sleep Health found that there is a strong correlation between an increased intake of sugary drinks and getting less sleep. Essentially, those who slept five hours or less per night had a 21% higher intake of sweetened, caffeinated drinks compared to the control group. The control group being people who slept between seven to eight hours per night.

This included almost any caffeinated drink with added sugar, such as:

The authors of the study stated that they couldn’t be certain whether the sugary drinks were causing less sleep or if those who had less sleep were taking in more calories in the form of the drinks. Previous research has shown that getting fewer ZZZs can increase your appetite during the daytime.

It may be a combination of the two factors that leads to an ongoing cycle for diabetics who need sweet, caffeinated drinks to get through the day. A bad night can increase the desire for something like a cappuccino to satisfy the appetite and increase alertness. At night, the resulting high blood sugar and caffeine in their system makes it difficult to get enough rest.

Those who are stuck in the sleep – soda cycle may be able to gradually faze out caffeinated beverages for healthy alternatives. Consider reaching for one of these drinks the next time you feel a craving for something sweet and refreshing:

Why a Lack of Sleep Can Make You Fat, and How to Keep From Gaining Weight. URL Link. Accessed April 24, 2017.

Type 2 Diabetes is a condition that is caused by insulin resistance. Exercise is a common recommendation to patients as it has been proven to ... Read more

Starting your day out right is more than just waking up on time and getting ready for work without a hitch. A healthy breakfast jumpstarts ... Read more

Type 2 Diabetes is a condition that is caused by insulin resistance. Exercise is a common recommendation to patients as it has been proven to aid diabetes by augmenting insulin sensitivity and reducing blood glucose. Other benefits include the enhancement of blood circulation which is vital for diabetics to improve or prevent diabetic neuropathy (nerve damage in hands and feet). So, you may ask, what type of exercise should you be doing? Yoga is an exercise that has been progressively popular amongst all individuals including diabetics. It is an ancient practice from India and has been proven to boost flexibility, strength, and mental health. It can be likened to a combination of exercise and meditation. This is highly beneficial for diabetics as it not only provides the benefits of exercise but also the advantages of stress relief which is crucial in the control of blood glucose levels. How Yoga Helps Here are two ways how yoga can be healthy for diabetics: #1 – Exercise Physical activity helps with the maintenance or loss of weight leading to better control of blood glucose. Regular exercise also lowers blood pressure and cholesterol levels in diabetics, therefore decreasing the chance of heart-related diseases, stroke, and kidney failure—all the conditions that diabetics have a higher risk for. (adsbygoogle = window.adsbygoogle ||