Diabetics Weekly
Home Diet & Recipes What Is the Best Yogurt for Diabetics? 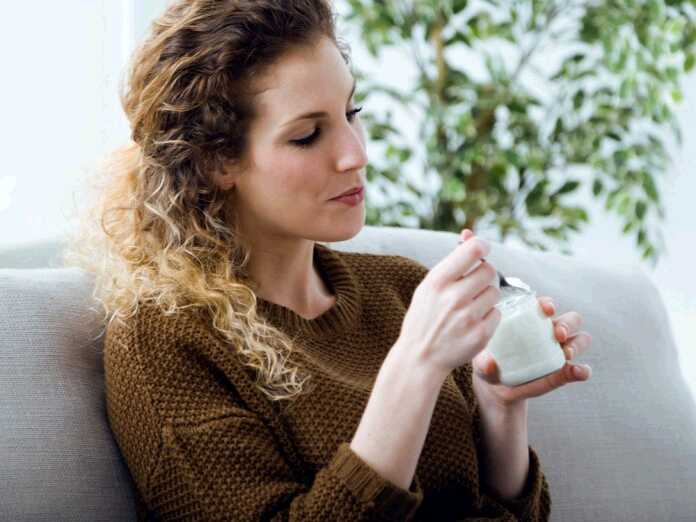 In future, we’ll be seeing labels showing the grams of added sugar. It’s already scheduled. But until then, experts suggest looking for fewer than 20 grams of carbohydrates per serving.

And see if you can catch it on the label – brown rice syrup, honey, fruit juice. Or did they just come right out and call it sugar?

If the yogurt is just too plain, try berries, or maybe shredded apples and cinnamon, for sweetness.

So with that out of the way, now what? It turns out there’s more to yogurt than you might think.

Probiotics can actually help stabilize blood sugar. Researchers conducted a meta-analysis of studies to look into the effect of probiotics on glucose levels. They found a correlation between probiotics and reductions of fasting plasma glucose, fasting plasma insulin, and insulin resistance.

So what you’re looking for on the yogurt carton is a phrase like “live and active cultures.” In fact you may see the National Yogurt Association’s (NYA) “Live and Active Cultures” seal. It means the manufacturer has demonstrated a certain number of live cultures to the NYA.

Protein is good for everybody. We need enough, but not too much. But it contributes to the best yogurt for diabetics in particular. According to a 2014 study, protein can blunt the blood sugar spike after eating.

The best yogurts for protein are Greek and Icelandic yogurts. They’re made by straining out much of the whey, so the protein becomes very concentrated. If you don’t like the consistency, you might like it whipped.

To recap: Probiotics – yes. Protein – yes. Added sugar – no. Put them all together, and you’ll have the best yogurt for diabetics.

If you have diabetes, your children don’t have to follow suit.