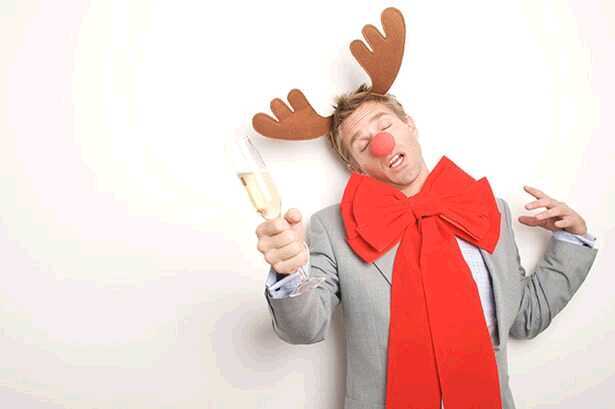 Now one poor choice of a meal or binging on snacks one time isn’t going to undo all the hard work you’ve put in the rest of the year, but string together a week of decadent overindulgence and problems may start to occur.

Here come the holidays!  If you’re a diabetic, it’s that time of the year when you have to be extra vigilant.

The constant snacking, huge festive meals and the endless parties create a dangerous temptation to break with healthy eating habits in favor gluttonous indulgence. The fact that it is winter in the Northern Hemisphere doesn’t help matters as many of us are hibernate mode and  are less physically active as a consequence

“Eating and meal planning are essential components of controlling diabetes.  But, the holidays thrust diabetics into situations that demand they resist the constant allure to overeat,”   Mimosa Nguyen,  a registered dietitian told Diabetics Weekly.

The path to managing these enticements, Nguyen said, is the same focus needed to control diabetes employed over the course of the rest of the year.

Nguyen encourages diabetics to employ foresight, suggesting they enquire after party hosts regarding the party menu so they can better navigate how to stick to their healthy regime.

She recommends that diabetics temper their eating: choosing only healthy options and avoiding overeating.

“You need to remain in control,”  Nguyen insists, “Holidays can be an anxiety riddled time of the year and often we overeat when we feel stressed. So, diabetics need to be extra so that they don’t undermine healthy routine they have stuck to during the rest of the year.

“Try to remain active,” the dietician says. “After meals take a walk. Don’t  let the winter weather inhibit you from getting the exercise you need. She also suggests that if you’re at a party, don’t position yourself right by the food, noting that proximity to temptation makes resistance more difficult.

Now one poor choice of a meal or binging on snacks one time isn’t going to undo all the hard work you’ve put in the rest of the year, but string together a week of decadent overindulgence and problems may start to occur. But if you do fall from the path, Nguyen says don’t beat yourself up. Rather, get back your healthy routine as quickly as possible.

Gestational diabetes is an affliction that can occur to anyone.  However,  Hispanics, African-Americans, Native Americans, Asian-Americans, and Pacific Islanders are at a higher risk of ... Read more

I’m plagued with a terrible fear of animals: squirrels, rabbits, birds, cats, and even Scooby-Doos. With that said, my heart still melts at the sight ... Read more 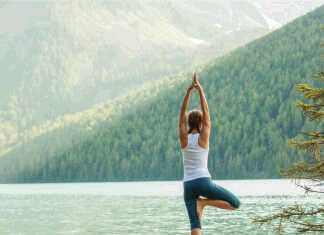 Gestational diabetes is an affliction that can occur to anyone.  However,  Hispanics, African-Americans, Native Americans, Asian-Americans, and Pacific Islanders are at a higher risk of developing the disease. Pregnancy can be both a joyous and perilous nine-month journey. Some conditions that may arise as a consequence of pregnancy can be very serious and require intense vigilance and treatment. Fortunately, gestational diabetes mellitus (GDM) is a condition that can be detected early into a pregnancy and be effectively managed to ensure the safety of both the mother and the child. The diagnosis of gestational diabetes often comes as an unexpected shock to many expecting moms because they were unaware that some of the physiological changes they were undergoing were not signs of pregnancy but gestational diabetes. Gestational diabetes is an affliction that can occur to anyone.  However,  Hispanics, African-Americans, Native Americans, Asian-Americans, and Pacific Islanders are at a higher risk of developing the disease. Also at risk of GDM increases when women   were overweight before getting pregnant, have family who are diagnosed with diabetes, have had abnormal blood sugar tests in the past and have either experienced a stillbirth or delivered a very large child (nine pounds or more) in the past. Gestational diabetes generally starts somewhere between week 24 and 28 of pregnancy. It occurs because the body doesn't produce enough insulin to deal with an increased amount of glucose, that's circulating in the mother's blood and is needed help the  baby to  grow. Because the symptoms of gestational diabetes often mimic normal pregnancy symptoms, it is easy for the disease to remain undetected. However if you notice any of the following five signs during your pregnancy, there is a possibility that you may have gestational diabetes. Extreme thirst When extra sugar builds up in your blood  it forces your kidneys to work overtime to filter the excess sugar. When your kidneys can't handle the pressure, the extra sugar is discharged in your urine along with all of the other fluids from your tissues. As a consequence, the more fluids you lose the thirstier you feel. But just remember that feeling  thirsty  is also a common symptom of pregnancy and does not necessarily mean you have gestational diabetes. Frequent Urination Well guess what? The consequences of excessive thirst in gestational diabetes leads to chronic urination because your kidneys are stressed due to all the excess sugar. Fatigue Tiredness is another symptom that affects diabetics because their cells are not getting the necessary amounts of sugar they require for energy. However, this type  of fatigue may be really hard to spot because pregnant women often feel tired and may have trouble sleeping due to aches, pains and discomfort associated with the pregnancy. But, most woman find they begin getting their energy back by the second trimester. So, if you find that you really fatigued during the second trimester, it may be a sign of gestational diabetes. Snoring Although snoring is caused by  a surge in pregnancy hormones that mucous membranes in your nose to swell it may also be an indicator of gestational diabetes. No Symptoms Dr. Jennifer Caudle, Health Expert and Family Physician agrees and says that, "while many pregnant women are affected, it is actually uncommon for women to experience symptoms and it's usually discovered through screening." The Mayo Clinic says that screening for gestational diabetes is done using the glucose challenge test in which pregnant women drink a syrupy glucose solution before running a series of blood sugar tests. If your levels are higher than what's considered normal it means that you are at a higher risk of developing GDM and that you'll require further testing. If you diagnosed with gestational diabetes it prudent that you remain diligent about following the plan your healthcare provider maps out for you. And remember, if gestational diabetes is caught early it can be easily managed.