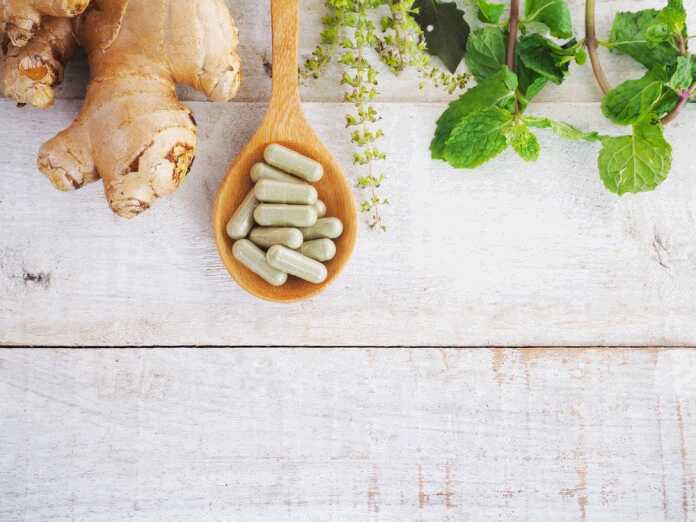 Ginger is a popular spice for cooking. Many also enjoy teas infused with ginger. But, it can also help some diabetic symptoms.

One study discovered that taking 3 grams of ginger daily can have positive effects. Researchers found that fasting blood sugar and average blood sugar levels were reduced.

Additionally, ginger has antioxidant and anti-inflammatory benefits. Some evidence even points to ginger preventing damaging changes in proteins. High glucose levels cause the changes.

Turmeric is also an herb used in cooking. It is what gives curry that distinctive color. A compound in it, curcumin, has many medicinal properties.

Many studies were done for its anti-diabetic properties. Curcumin has shown to lower blood sugar levels. Additionally, another study showed it might prevent type 2 diabetes from developing.

Onions also can lower glucose levels. But, unfortunately, these results are from a lab and animal testing. Very few studies exist that test the effects on humans.

Regardless, evidence of its beneficial properties is promising. During one study, researchers found a large decrease in high glucose levels from eating raw red onions.

Next, cinnamon is a well-known spice. It is also well-known as a diabetes supplement. Evidence for beneficial uses is conflicting, though.

However, there are divergent opinions about which of the two types of cinnamon is most beneficial. Many experts think that Ceylon is the best choice.

Lastly, fenugreek may lower blood sugar to varying degrees. It may also help prevent developing diabetes. But, the information is conflicting.

There are many supplements available. But, these are the 5 best herbal supplements for diabetics. Speak to your doctor first if you decide on trying one. Especially if you are already on medication.

Diabetic Headaches: Why They Occur and How to Get Rid of Them

What do you do to get rid of headaches? #diabetes