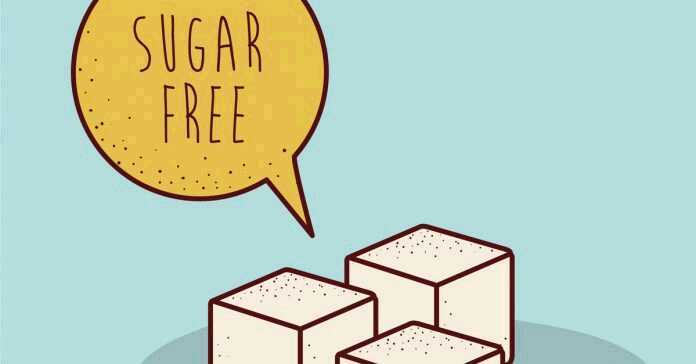 Do you use artificial sweeteners?

In the 90s, we had a serious “non-fat” craze and in the early 2000s,  the “low-sugar” craze. The trend was so big that it infected virtually every packaged food item nationwide. People 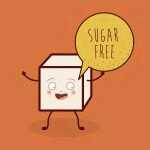 were trying to be healthy by cutting out fat and replacing sugar, but what ended up happening was that our country got even sicker. Though ideally, we should be turning to natural sugars and fats to get tasty meals, many people turned to chemical substitutes instead. The most popular sugar substitute during the time was Splenda.

Just like all booms and trends, the research surrounding the new “it” thing followed suit. Unlike this upward trend, though, the research revealed some pretty horrifying stuff about this little yellow packet of the would-be-healthy substitute.

First, before we break down why Splenda, chemically called sucralose, is the worst 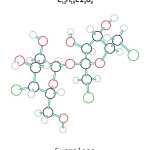 option for diabetics to turn to when trying to control blood glucose, let’s just be clear about what this sugar substitute actually is: chlorine, dextrose, and maltodextrin. Basically, it’s sugar with a bit of chlorine, which alters the substance so much that it doesn’t replicate anything found in nature. As a result, our bodies cannot process it, as nature intended. Here is where we run into problems. 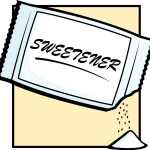 actually causes the body to have a rise in blood glucose and a decrease in insulin sensitivity. Essentially, Splenda brings on the same markers as are found in diabetes.

One study, in particular, found that participants that consumed diet soda (which is sugar-free thanks to sucralose) had a 36% greater risk of metabolic syndrome and a 67% higher risk of having type 2 diabetes! The findings were significant enough that health professionals are now recommending against Splenda as a sugar substitute for people with diabetes.

Perhaps the most universally damaging aspect of Splenda is that it severely damages the gut. Because sucralose is an unnatural compound that the body cannot digest, it goes straight through the digestive tract, damaging everything along the way. Not only that but 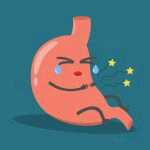 it also ameliorates healthy gut bacteria, stripping your GI tract of everything needed to function properly.

Duke University Medical Center confirmed the findings of previous research that sucralose damages the gut and kills healthy gut bacteria and also found that it increases fecal pH, making it incredibly difficult to absorb nutrients from the food that you eat. In the end, Splenda damages the GI tract significantly and also causes malnourishment due to lack of nutrient absorption.

The key to understanding the relationship between Splenda and cancer is in understanding that chlorine is one of the main ingredients. According to the Merk Manual and OSHA Hazardous Waste Handbook, chlorine is a known carcinogen, meaning that Splenda contains an 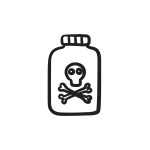 ingredient known to cause cancer.

For awhile, the people at Splenda argued that no research directly supported the claim that Splenda causes cancer, making a convenient argument that Splenda was still safe for consumption.

A recent study, however, found that mice given sucralose were more likely to develop leukemia, a type of blood cancer, thus re-opening the argument that Splenda causes cancer. Of course, the people at Splenda now argue that the mice were given way more than is recommended, thus invalidating the study. Let’s be honest, though: how many of us actually eat only what is the daily recommendation of anything? Also, the fact that there is a threshold for causing cancer, at all, seems pretty scary, doesn’t it?

It is understandable that many diabetics would reach for this artificial sweetener when trying to make healthy choices regarding sugar. Unfortunately, though, it is not a healthy substitute in any way and can actually make diabetes worse.

My advice? Just stay away from the stuff and focus on eating all natural, whole foods for best results. 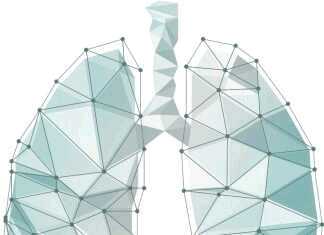 - August 11, 2017
0
Summer will soon wind to a close, bringing with it an onslaught of golden-red leaves, cooler temperatures, and impaired immunity. As seasons change, immune...

Being diagnosed with Type 1 diabetes can be overwhelming. In addition to dealing with a complicated disease, you now must remember a new set of healthcare habits and get used to medications, glucose monitoring, and other aspects of managing this condition. If you are an avid hiker or backpacker, a diagnosis of Type 1 diabetes can come as a shock. As you get used to dealing with your diagnosis, regaining some of the activities you enjoy isn’t an impossibility. Many people have gone on to hike, ski, backpack, travel, and enjoy the adventurous lifestyles they had before diabetes. Hiking with diabetes Diabetes doesn’t have to slow you down, but it does require you to invest a little more in the planning process when it comes to your hiking or backpacking adventures. Once you have been diagnosed with diabetes, it is important that you take a few weeks or months to monitor how your body is doing. You’ll need to make sure your body is adjusting to your insulin pump, that you make it a habit to check your blood glucose levels, and that you can manage your diabetes on a daily level without mishaps.   (adsbygoogle = window.adsbygoogle ||