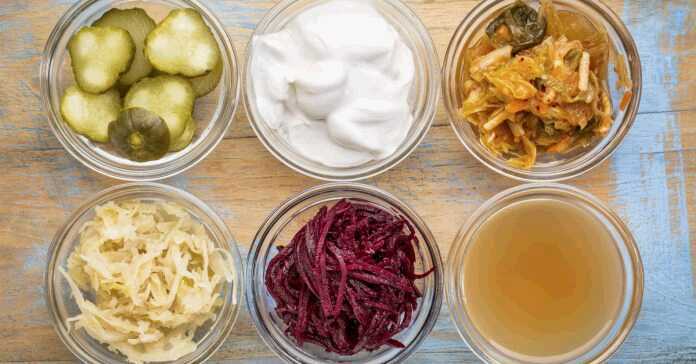 The best part is that it’s totally natural, too.

Both type 1 and type 2 diabetes are the results of faulty insulin. In type 1 diabetes, the pancreas all but stops producing insulin altogether. This leaves the body with a surplus of glucose in the blood and no way to metabolize it.

Type 2 diabetes can also be due to a sluggish production of insulin or increased resistance to insulin.

Well, it seems like scientists have found a way to bypass the pancreas thank you very much to prompt the body to release insulin in another, more creative way.

This is all thanks to bacteria.

Our gut is naturally full of all kinds of bacteria, and this is a good thing. It helps us digest our food, metabolize energy, and even regulate emotions.

One strain of bacteria, in particular, Lactobacillus, is particularly beneficial to the gut.

This probiotic does a whole host of things for the body, but what researchers were particularly interested in was how it might influence insulin production.

The bacteria secretes a peptide, which is a hormone that releases insulin in response to eating, and so they thought that maybe they could use this characteristic to their advantage in a quest to cure diabetes.

They gave a probiotic pill to a group of diabetic rats for 90 days and observed the effects on blood glucose.

They were excited to find that glucose levels in these rats were up to 30% lower than in diabetic rats that didn’t get the probiotic pill.

What’s even more exciting, though, was that the cells in the upper part of the intestines behaved similarly to beta cells in the pancreas.

Meaning, they produced insulin, too.

It was so effective at mimicking the pancreas that the glucose metabolism rates in these rats were similar to those in regular non-diabetic rats.

The authors of the study were not surprised. Probiotics are already medically approved as natural treatment plans to intestinal problems such as diarrhea, Crohn’s disease, and irritable bowel syndrome. So why wouldn’t it be helpful for more diseases, like diabetes?

This friendly bacteria doesn’t just come in pill form, either. It can be found in raw fermented foods, such a yogurt, sauerkraut, and pickles (not the mass produced, pasteurized-to-death kind) as well!

Of course, check with your doctor before ditching your medication for probiotics. But also consider adding a regular probiotic supplement to your diet!

The Hidden Signs of Prediabetes

For many people, prediabetes is a hidden condition that rarely presents with life-altering symptoms. No, that is saved for the development of diabetes. By which ... Read more

A recent publication by a team of researchers from the Monash University revealed that a diet high in short-chain fatty acids (SCFA) might help to ... Read more

- May 3, 2018
0
These aren't signs you would want to use to diagnose yourself. Other conditions could cause most of them. And they're sometimes very subtle. But...

The Hidden Signs of Prediabetes

For many people, prediabetes is a hidden condition that rarely presents with life-altering symptoms. No, that is saved for the development of diabetes. By which time, it is necessary to take insulin, Metformin, and a variety of other medications to keep those pesky blood sugar levels under control. Most people don't know that they have prediabetes until they get a blood glucose test done at their doctor's office. If you don't get the test or ask about it, you may not realize you are at risk of developing a more serious disease. However, you can see the subtle symptoms of prediabetes if you pay attention. Are You Thirsty? Perhaps a more noticeable sign of this condition is an increased level of urination and thirst, especially after you've eaten a lot of carbs or sugars. When you are insulin resistant, the body has trouble processing sugar in your blood. To help deal with the problem, your body will flush out the excess sugar through urination. This leads you to feel thirsty more often and go to the bathroom more than you normally would. (adsbygoogle = window.adsbygoogle ||