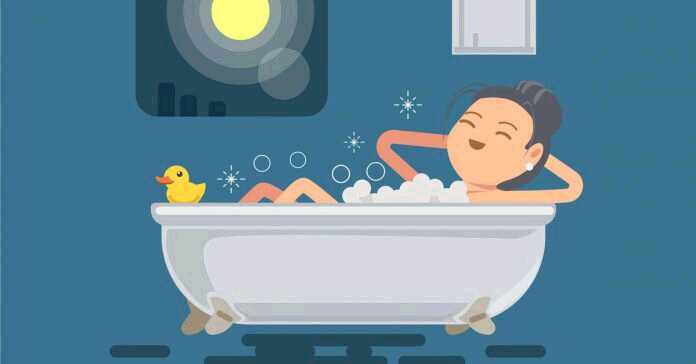 This advice is a bit unconventional, isn’t it?

The truth is that nothing quite beats exercise. Exercise is a part of nature that our bodies literally fall apart without it.

Most people hate exercise. Theoretically, it sounds nice. But the very thought of squeezing your body into funky clothing so that you can fake your way through a workout certainly has turned a lot of people away from this crucial part of being healthy.

Luckily for those people, science has found a way to reap the benefits without actually exercising!

Researchers from Loughborough University found that a nice, relaxing hot bath burns the same amount of calories as a 30-minute walk.

Not only that but they also reported that repeatedly taking a relaxing hot bath reduces chronic inflammation, which coincidentally is a major part of type 2 diabetes. 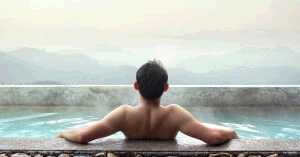 So, how did they find this information?

The authors of the study split participants into two groups: one group sat in a hot bath for one hour while the other group did one hour of cycling.

They then looked out how these activities impacted calorie burning, inflammation, and blood sugar levels.

Obviously, the group that cycled for an hour burned significantly more calories than the bath-taking group. Both groups, however, showed comparable results of reduced inflammation and lowered blood sugar. 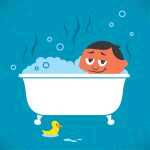 This isn’t the first study of its kind, though. Another study out of Finland in 2015 demonstrated that people who regularly participated in saunas showed significantly reduced the risk of heart attack and stroke.

Yet another study from the University of Oregon found that hot baths significantly reduce blood pressure.

In fact, this line of research dates as far back as 1999 where Colorado’s McKee Medical Center found that patients with type 2 diabetes who participated in hot tub therapy had improvements in body weight, blood sugar, and insulin metabolism.

So grab some Epsom salts (like I have already mentioned here) and draw yourself a nice, hot bath. Maybe you won’t have an Instagram-famous body by the end, but you will certainly be doing lots of good for your body.

Type 2 diabetes is, fortunately, a pretty straightforward disease by way of prevention and treatment. You can easily control it by playing around with your day-to-day activities. Here are 7 ways to control your blood sugar and get your type 2 diabetes in check. #1 Exercise Exercise is extremely important for everyone, so this tip naturally finds its way into the number one spot. Our body is designed to be used daily, and so when we lounge on the couch all day, it begins to shut down (just like your favorite machines might as well). You don't even need much exercise to reap the benefits. A nice 30-minute walk each day or a high intensity interval training a few times a week does the trick. Find an exercise routine that works for you and get to it! #2 High Quality Fats High quality fats, particularly the omegas, are crucial for proper brain functioning. These fats help build healthy and strong connections in the brain. Healthy fats also support the heart against disease and damage, two things that come with type 2 diabetes. Try incorporating some fatty fish, raw nuts and seeds and a healthy dose of avocados and coconut into your diet to get the good fats that you need. (adsbygoogle = window.adsbygoogle ||