Home Recent Why Diabetics Should Get Yearly Flu Vaccines 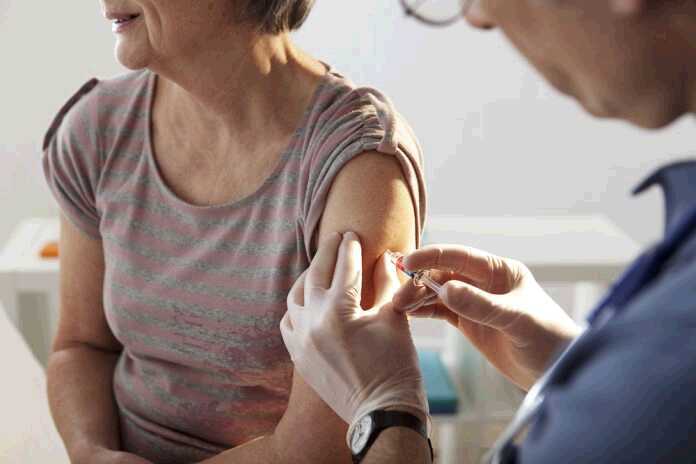 It’s flu season again, and everyone is encouraged to get their yearly flu shots. Unfortunately, not all do get this beneficial flu shot, especially diabetics.

There’s a common misconception among them that the flu shots can affect their blood sugar levels and trigger an unwanted side effect. This is a dangerous misunderstanding since not getting the flu shot opens them up to more health problems and diabetic complications.

Some people think that a flu shot can trigger flu illness. This is, in fact, incorrect. The viruses found in the flu shot are inactivated; meaning, they are not infectious and won’t give you the flu.

Some people also think that flu isn’t a serious illness, so a flu shot isn’t really that necessary. Again, this is incorrect. Flu illness can be severe, especially in young children, older individuals, and people with serious chronic illnesses, including diabetes.

Why Get the Flu Shot?

There are a number of good reasons why people, especially diabetics, should get their yearly flu shots.

For one, it prevents serious diabetic complications. Flu weakens the immune system, and people with diabetes have weaker immune system compared to healthier individuals.

If they get the flu, not only can the illness tax their already weak immune system but can also result in complications like pneumonia, ketoacidosis, as well as hyperosmolar hyperglycemic state. Flu, as well as the medications you take for it, can also trigger a spike in blood sugar levels since some of these drugs have high sugar content.

Two, it boosts your immune system. You need a healthy immune system to ward off the flu. But since diabetics have a weaker immune system, they become more susceptible to the illness.

Flu shots give your immune system the extra boost it needs to defend your body against the flu virus.

So if you’re thinking of not getting the flu shot this year, think again. This simple vaccine can help you avoid a hospital stay.

One Medical Group is Giving Free Healthy Foods to Diabetic Patients, and It's Working!

The Geisinger Health System is running a small program that gives diabetic patients in their health insurance program a weekly prescription of healthy food. The ... Read more

Why Does Diabetes Cause Headaches?

If you've ever had a raging headache at the same time as having too high or too low blood sugar, then it might be a ... Read more

One Medical Group is Giving Free Healthy Foods to Diabetic Patients, and It's Working!

The Geisinger Health System is running a small program that gives diabetic patients in their health insurance program a weekly prescription of healthy food. The program, called the Fresh Food Farmacy, is currently based out of one of their clinical centers, but it has been so successful that they are considering expansion.