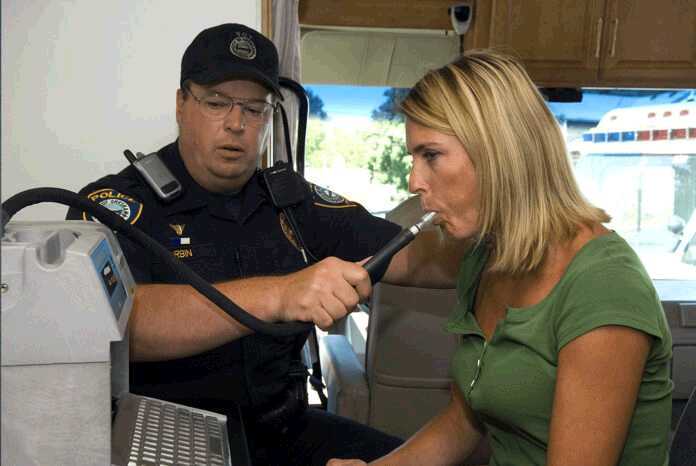 Imagine employing breathalyzer technology that law enforcement uses to detect blood alcohol levels of drivers to detect diabetes. Well a team of researchers from Oxford University have created a device that does just that. It can flag patients as diabetic without the need for a blood test.

As it currently stands,  the only way to diagnose if someone is diabetic is draw blood from a  patient and check  it to determine if the person has diabetes. But because diabetes has a comes with a few metabolic it quirks it can be detectable in other ways. The Oxford device that detects acetones in the patient’s breath that are produced as a consequence of human metabolism.  And because of the lack of insulin that diabetes suffer from, their metabolisms can become compromised.

The condition that the device actually detects is ketoacidosis. Ketoacidosis is metabolic state marked by high concentration of ketone bodies, including acetones, that are created by the breakdown of fatty acids. The result of ketoacidosis is a myriad of metabolic failures that result in a high concentration of ketones like acetoacetic acid in the blood. As a consequence the acetoacetic acid in the bloodstream transforms into acetone and carbon dioxide, and can be detected in a person’s breath in the same way alcohol can be detected in the bloodstream. Ergo, the reason why diabetics are known to have “fruity-smelling” breath.

The Oxford prototypes  takes a sample of the patient’s breath a near-infrared laser is used to determine the concentration of acetone in the person’s breath. If he reading registers beyond a certain level, there is an increased likelihood of diabetes. During tests on humans, the scanner was able to match the results that were obtained using traditional and more expensive and time consuming technologies.

As an added bonus, the breathalyzer is is considerably smaller and less expensive than a mass spec instrument. With additional development, researchers hope this simple test could help to detect diabetes early on. Although diabetics would still be required to monitor their blood glucose levels with the standard finger prick, but a separate team at Cambridge is also designing   a breathalyzer test for that too. But instead of tracking acetone in the breath, it would search for a molecule called isoprene.

Chef’d: Recipes and Ingredients Delivered Straight To Your Door

Last Wednesday, I attended the 2016 Dairy Nutrition Symposium, and let’s just say that I was stumped pretty hard. I’ve known for a while that ... Read more

- May 3, 2018
0
These aren't signs you would want to use to diagnose yourself. Other conditions could cause most of them. And they're sometimes very subtle. But...

Chef’d: Recipes and Ingredients Delivered Straight To Your Door

November marks the American Diabetes Month. With an estimated of 29 million Americans living with diabetes, the American Diabetes Association (ADA) wishes to put the spotlight on the journey of families and friends who strive hard to fight against diabetes. To learn more about the campaign, I invite you to visit their website by clicking here. One of the most frustrating for people living with diabetes is going out to eat. Why? That’s because very rarely are the plates well-balanced. For the most part, there always seems to be a lot of starch, meat, and very little vegetables. Oh, let’s not forget about the dessert. Hélas, calculating the number of carb eaten at the restaurant can be a huge headache. This is why I am very excited to introduce the hidden jewel that I just stumbled upon: Chef’d. Chef’d is a meal-kit company designed to deliver pre-portioned ingredients straight to your home, along with easy step-by-step guide recipes. Ingredients stay fresh since they are packaged in an “insulated and temperature controlled box.” No subscription needed and deliveries are made all across the Contiguous Unites States. The best part of it all? Chef’d partnered up with the American Diabetes Association to provide diabetic-friendly meal plans approved by registered dietitians. Renowned chefs like Fabio Viviani (Top Chef), Melissa D’Arabian (Food Network Star), and Becky Reams (Masterchef) are all part of the awesome team at Chef’d. For more information about Chef’d, please visit their website by clicking here. Bon Appétit!